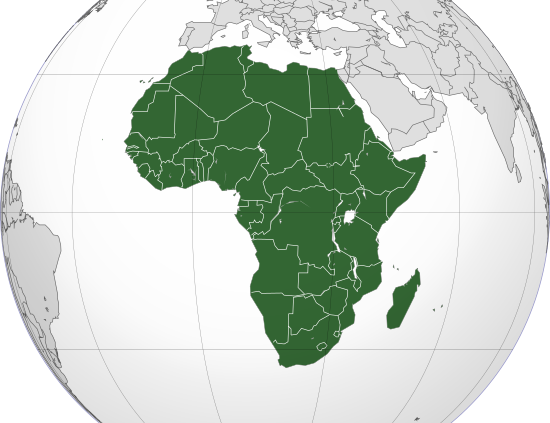 Between the 18 and 22 March 2019, actors from the public, private and civil society gathered in Accra, a city characterized by tropical savanna climate, to take stock of actions implemented by African states in fulfilling their respective Paris Agreement commitments. Thanks to the sponsorship from FANRPAN2, I was among the experts working on climate mitigating policies in South Africa, who attended the conference. Unfortunately, while we were engaged in Ghana, the cyclone Idai attacked Southern Africa affecting 3 million (762 died) people in Mozambique, Malawi, and Zimbabwe.

Climate change is one of the main risks for African development due to high economic dependency on agriculture and the fact that 64 percent of the African population lives in rural areas. The 3 million people affected by cyclone Idai illustrates the high vulnerability of Africans towards changing climate. Climate change also impacts crops and animal production in the continent, thus reducing Africa’s capability to achieve its Sustainable Development Goals, such as eradicating hunger and halving poverty in the continent by 2030.

Agriculture is the main driver of African economies hence, most discussions in the conference centered on finding strategies and plans that will build a climate resilient agriculture in the continent. A dedicated session on stepping up actions of building climate-resilient agriculture and food systems was convened on the 18 March. Experts from all corners of Africa shared their experiences and solutions from many perspectives. Among the impactful plans and programs discussed include, the Great Green Wall, a project restoring forestry and farmland for small-scale farming in 20 African countries. The goal is to restore 10 million hectares per annum until 2030. The importance hearing farmers’ voices in continental and global conferences such as Africa Climate Week was emphasized. The farmers voice helps identify best practices that do build resilient agriculture on the grassroots. The principle of leaving “No One Behind” and collective action from all African states were identified as a success factor for many projects and programs implemented in the continent. Examples of such collective efforts on climate include the AFRICAP project in South Africa implemented by the NAMC, FANRPAN and Chatham House, which aims to address climate change uncertainty in agriculture and create alternative future scenarios that will lead to a climate resilient agriculture.

Prerequisite for a Resilient Agriculture

All the African states were united in the efforts to build a climate resilient agricultural sector in the continent. Most case studies presented in the conference showed that a strong political support is a precondition for any successful climate initiative in the continent. This is followed by adequate consultation and involvement of communities. Any climate intervention without communities will likely fail in the African continent. In conclusion, the key message emanating from the conference was that, a no-action scenario against the climate change risks is a no option and all African states must unit to mitigate the risk of climate change. However, a climate mitigation and adaptation initiative must have strong political support as well as community participation to ensure its sustainability.